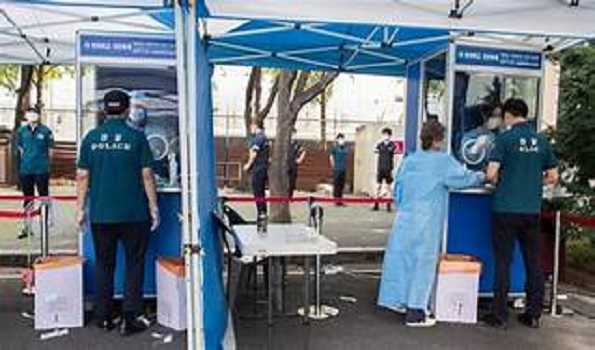 The recent resurgence is due to cluster infections in the Seoul metropolitan area. Of the new cases, 974 were Seoul residents. The number of the newly infected people residing in Gyeonggi province and the western port city of Incheon was 740 and 152, respectively.

The virus spread also raged in the non-metropolitan region. The number of new infections in the non-capital areas was 458, or 19.7 percent of the total local transmission.

Twenty cases were imported from overseas, lifting the combined figure to 15,194.

The number of infected people who were in a serious condition grew from 17 to 382.

Twenty more deaths were confirmed taking the toll to 2,936. The total fatality rate stood at 0.78 per cent.

Since mass inoculation was launched on February 26, the country has administered 41,398,611 Covid-19 vaccines which is 80.6 per cent of the total population.