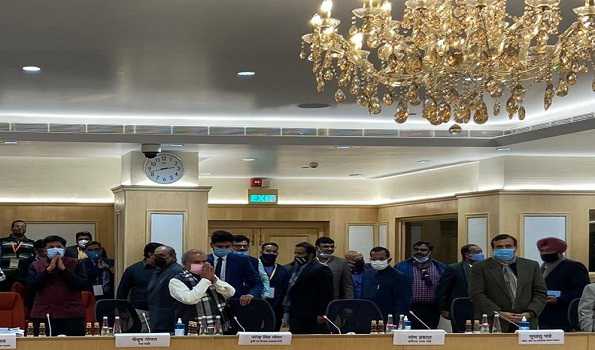 New Delhi, Jan 8 (UNI) The eighth round of talks between the Centre and farmers’ representatives began here on Friday afternoon to end the logjam over the three farm laws as the farmers’ agitation entered 44th day.

Ahead of the talks Union Agriculture Minister Narendra Singh Tomar expressed the hope that a solution would emerge at the meeting. Talking to media persons Mr Tomar said he was hopeful that the talks would be held in a positive atmosphere and a solution would be found.

The protesting farmers have clarified that they will not settle for anything less than repeal of the three new farm laws and legalizing Minimum Support Price (MSP).

The agitators have asserted that the protest will continue till the demands are met. The seventh round of talks between farmers’ representatives and the government concluded without any agreement on the three farm laws and MSP here on January 4.

Four members of a family allegedly die by suicide

Five drug peddlers held, another booked under PSA in Kashmir