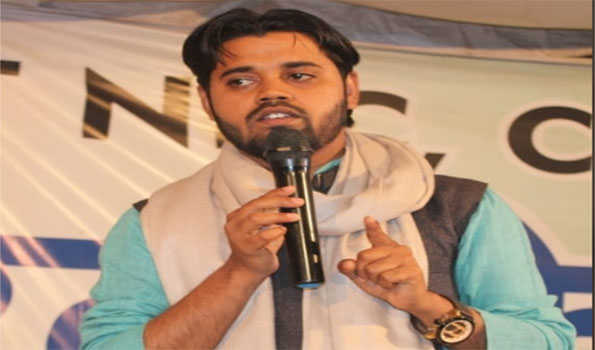 New Delhi, Oct 27 (UNI) A Delhi Court dismissed the bail application of Jamia Millia Islamia student Asif Iqbal Tanha, arrested on charge of hatching a conspiracy to organise the riots in North-East Delhi, in the month of February.

The communal clashes between the citizenship law supporters and the protesters had broken out in North-East Delhi on February 24, leaving 53 people dead and around 200 injured. Tanha was arrested by Police on the charge of allegedly being part of the conspiracy in the riots.

Delhi Police had filed a charge sheet against 15 persons, under the provisions of the Unlawful Activities (Prevention) Act (UAPA), the Indian Penal Code, the Arms Act and the Prevention of Damage to Public Property Act in the riots case.

Counsel for Tanha submitted before the court that his client has been falsely implicated in the case and he has not indulged in any conduct or offence punishable under the Unlawful Activities (Prevention) Act.

He submitted that the statements of three witnesses regarding Tanha’s role in the riots were false and prayed to the court for granting him bail on any terms and conditions.

Additional District and Sessions Judge Amitabh Rawat, after hearing the arguments on behalf of both the Prosecution and Defence Counsels, dismissed the bail application of the accused by saying that there were reasonable grounds for believing that the allegations against Tanha were prima facie true

Srinagar turns white due to snowfall