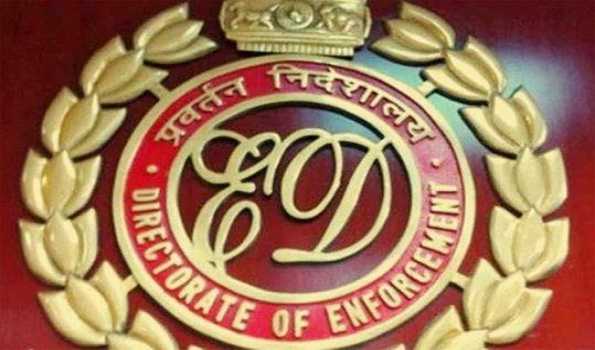 ED initiated investigation on the basis of an FIR registered by CBI and charge sheet has also been filed by CBI against Jharkhand Ispat Private Limited and its Directors. Subsequently, the Special Court convicted JIPL and its directors along with imposing a fine on them in the case.

So far, after the investigation, the total ‘proceeds of crime’ worth Rs 25 Crore was identified and two provisional attachment orders worth Rs 19.73 Crores and Rs 3.93 Crore have been issued on September 15, 2016 and on January 31, 2019 respectively and were duly confirmed by the PMLA Adjudicating Authority.

Further, the Prosecution Complaint and supplementary complaint have also been filed before the PMLA Special Court on July 1, 2018 and July 21 last year respectively, the ED said, adding that total attachment in the case has been Rs 24.86 Crore as of now.

Ban on flights from UK extended till Jan 7 over new...