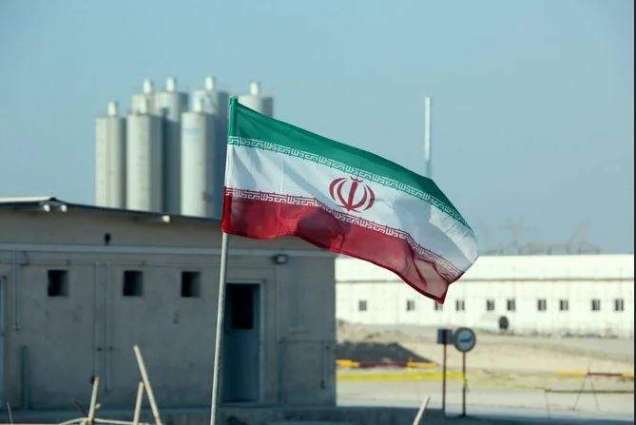 MOSCOW, Feb 20 (Sputnik) Washington signaling its willingness to return to the negotiation table with Iran on Thursday kicked into gear a complex mechanism of global diplomacy that could see the fate of the Joint Comprehensive Plan of Action (JCPOA) unfold in any number of ways.
From the European Union almost immediately voicing its readiness to host informal talks, to Iran reiterating its demand to lift sanctions and the US State Department holding background briefings, this is a convoluted courtship display that may eventually come to naught, one researcher tells Sputnik.
“Should the United States and Iran meet for talks, I would hope that they would move to return to full implementation of the JCPOA as soon as possible. It is in the security interest of both countries. For Iran, returning to the deal means a lifting of sanctions and for the US it would mean easing of tensions in the Middle East. That said, the relationship between the US and Iran is so antagonistic at this time that failed talks cannot be ruled out,” Noah Mayhew, a research associate at the Vienna Center for Disarmament and Non-Proliferation, said in a correspondence with Sputnik.
Mayhew added that for that very reason, any attempts to amend the Iran nuclear deal must be ruled out.
“No amendments should be made to the JCPOA… It is not a perfect agreement, but insofar as diplomacy is the art of the possible, the JCPOA is a good agreement. If any of the parties to the agreement tries to add on extra conditions, it may sink the entire deal,” Mayhew stressed.
At the same time, Oxford University’s Yassamine Mather, an expert on Iran politics, told Sputnik, that that is exactly what the US and EU are eyeing.
“It is too early to predict if there will be a consensus on the nuclear agreement especially if the Biden administration and the European countries add other subjects, such as ballistic missiles or Iran’s support for Hezbollah to the agenda,” Mather told Sputnik in a short commentary.
At the same time, Mather said it appeared as though the Biden administration was aiming to reduce tensions ahead of Iran’s February 22 deadline for the US sanctions to be lifted.
Alam Saleh, a Middle East politics lecturer at the Australian National University, for his part, told Sputnik that at this stage, both sides were assessing each others’ bargaining positions, decreasing expectations and sniffing for a bluff.
Time, however, is of the essence and the two sides have opposite leveraging power when it comes to setting ultimatums and wresting their demands.
“The western powers are not in rush. They don’t have a time problem. In fact, the longer the process takes, Iran would be under more pressure, and as a result, there will be more privilege to put more pressure on Iran when they are negotiating,” Saleh posited.
He went on to say that for just such a reason, sanctions-burdened Tehran may seek to speed up measures by leveraging its nuclear program.
“Iran is suffering badly as a result of this maximum pressure policy and economic problem. Iran is so sensitive about time … Iran’s latest nuclear policies to activate some of its nuclear issues, they somehow are trying to force the west to hurry up. That’s the only thing both sides are trying to reach. Iran wants to make it as quick as possible.”
Mayhew, however, recalled that Tehran had the leverage of transparency on its side, given that it threatened to cease voluntary transparency measures and expel all observers from its nuclear facility on February 23 if the sanctions were not lifted by then.
“If Iran ceases implementation of its additional protocol and the other verification measures under the JCPOA, it will interrupt the continuity of knowledge that is so important to providing credible assurance about the peaceful nature of Iran’s nuclear activities. It would be counterproductive to remove the access the IAEA has had since the JCPOA’s Implementation Day,” Mayhew argued but went on to say that such a move could also backfire for Iran.
All things considered, the coming week promises to bring crucial developments in the Iran nuclear deal saga and may prove pivotal for how the current US president’s handling of Iran would be remembered. Which way things will go will depend on the diplomatic dexterity, foresight, and poker skills of several crucial diplomats and politicians.

Kerala conducts digital version of classes for over 43 lakh students...