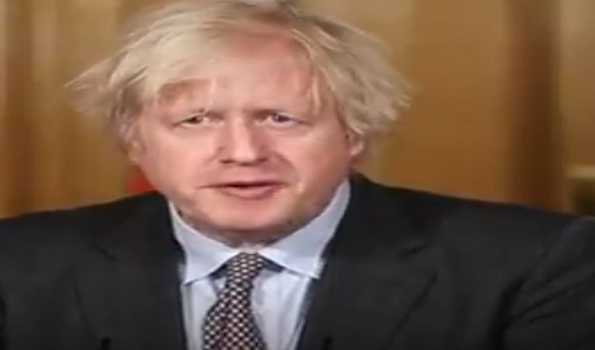 London, Feb 23 (UNI) British Prime Minister Boris Johnson said on Tuesday that the government will carry out a review into the COVID status certificates or vaccine passports, before deciding upon whether to end the restrictions or not.

Mr Johnson was speaking during a visit to a London School on Tuesday, where he said there were ‘deep and complex issues’ to consider, adding that his roadmap for easing lockdown measures, laid out on Monday, was ‘a cautious, but irreversible approach’.

Mr Johnson said the idea of vaccine certificates, which one has to show to say go to a pub or the theatre for example, was a “novelty” for the UK.

He further said that there were ‘ethical issues’ about the role for government in mandating or banning people from doing such a thing.

The Prime Minister added that there was time to consider the issue at the same time as the rollout of the vaccine, because of which, the country could ‘look at that June 21 with some optimism’.

Earlier Health Secretary Matt Hancock said everyone “has to play their part” in leaving the Novel Coronavirus rules.