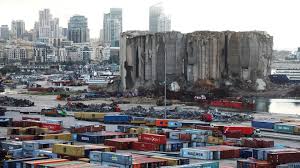 CAIRO, Feb 20 (Sputnik) Lebanese Justice Minister Marie-Claude Najm has assigned Judge Tarek Bitar as a new lead investigator in the Beirut explosion probe to replace Fadi Sawan, who earlier faced accusations of political bias while investigating the blast, state-run news agency NNA reported.
Sawan, who led the probe since last August, was notified of his dismissal on Friday.
According to the report, the Lebanese High Judicial Council approved Bitar’s appointment at the justice minister’s proposal.
The powerful blast took place in Beirut port on August 4, supposedly as a result of improper storage of ammonium nitrate in one of its warehouses. The explosion shattered the port and the city, killing at least 204 people and injuring many others, in addition to causing extensive damage to houses and vehicles.
In the course of the investigation, Sawan brought charges against 37 people. The probe got stalled in December, after the judge charged criminal negligence to several high-ranking politicians, including caretaker Prime Minister Hassan Diab, two former ministers of public works, Ghazi Zeaiter and Youssef Fenianos, and former Minister of Finance Ali Hassan Khalil. Zeaiter and Khalil filed a counter-lawsuit, claiming that Sawan’s allegations were politically motivated and demanding that he be replaced.