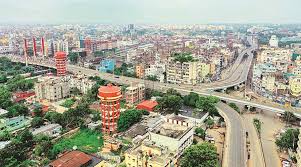 New Delhi, Oct 28(UNI) The first and foremost ‘focus’ from all fronts in the first phase of Bihar Assembly elections on Wednesday is jobs.
Bihar Assembly Polls is the country’s first Covid era election with 71 of the 243 constituencies going to polls on Wednesday.
It comes after a campaign that significantly differed from other elections in recent memory.
Instead of getting ‘hijacked’ by issues peripheral to governance and development like identity politics or “more-patriotic-than-thou” rhetoric,Bihar’s unemployment woes took centre stage.
“For a state where caste politics is bread and butter for leaders, this is a paradigm shift. More importantly, having raised hopes thus, the next duly elected government must not renege on the tall campaign promises,” according to political pandits.
RBI data indicates that Bihar’s rural and urban unemployment rate has respectively grown from 15 and 64per 1,000 population in 2004-05 to 102 and 105 in 2018-19.
This is roughly the period that Chief Minister Nitish Kumar dominated Bihar’s affairs, which could explain the current “backlash” against him.
Besides Wednesday, voting in Bihar will also be held on November 3 and 7.
Counting will be done on November 10.

Corona vaccine to be ready in next few weeks: PM Modi

Many misinterpreted BJP as reincarnation of AGP in 2016 polls: Himanta