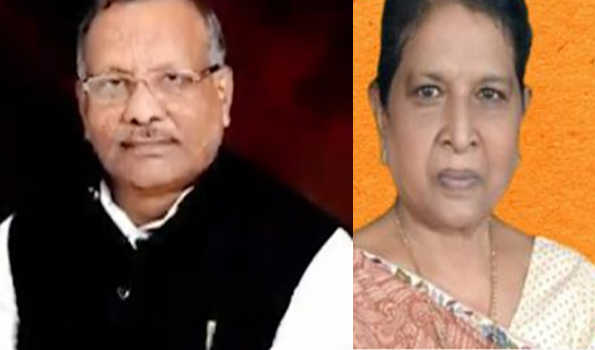 Amid prevailing suspense on the post of Deputy chief minister, Mr Modi posted an emotional tweet on his official Twitter account stating that no one can snatch the post of the party worker from him. He further tweeted that the BJP and Sangh gave him so much in his 40 years of political career that other’s can not get. Whatever responsibility will be entrusted upon him, he will discharge it, maintained Mr Modi.

The BJP leader through his Twitter account also congratulated Mr Prasad for being unanimously elected as leader of BJP legislature party.

While proposing the name of Mr Prasad, Mr Modi said that the BJP honouring him felicitated him with the posts of party chief whip in the state assembly, party leader in the house and the post of Deputy CM. Mr Modi further added that he feels that an elected MLA should be the leader of the legislature party.

The tweets of Mr Modi had ample indications that he may not be the Deputy CM in the new government to be formed in the leadership of Mr Nitish Kumar.

However, the suspense on the post of Deputy CM was continuing as an official announcement was yet to be made in this connection. Usually, BJP Legislature party leader was made Deputy CM in the Nitish Kumar government as of now.

Biden may be better choice for India: Bolton

India calls upon SAARC members to resolve to defeat scourge of...