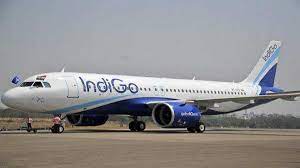 New Delhi, May 9 : Facing massive backlash over social media for denying boarding to a special-need child at Ranchi airport over the weekend, IndiGo on Monday stood by its decision saying it made the best possible decision under difficult circumstances. “While providing courteous and compassionate service to our customers is of paramount importance to us, the airport staff, in line with the safety guidelines, were forced to make a difficult decision as to whether this commotion would carry forward aboard the aircraft,” Ronojoy Dutta, Whole Time Director and Chief Executive Officer at the airline said in a statement. “Having reviewed all aspects of this incident, we as an organization are of the view that we made the best possible decision under difficult circumstances,” he added. The statement came hours after Aviation Minister Jyotiraditya Scindia warned the airline over the episode. “There is zero tolerance towards such behaviour. No human being should have to go through this! Investigating the matter by myself, post which appropriate action will be taken,” the Minister said on Twitter. Meanwhile, IndiGo has expressed regrets to the affected family for the ‘unfortunate experience’ and offered to purchase an electric wheelchair for their son. In his statement, Datta noted, “We had a very unfortunate incident at Ranchi airport on May 07, 2022, when a specially abled teenager and his parents could not board their scheduled flight to Hyderabad.”