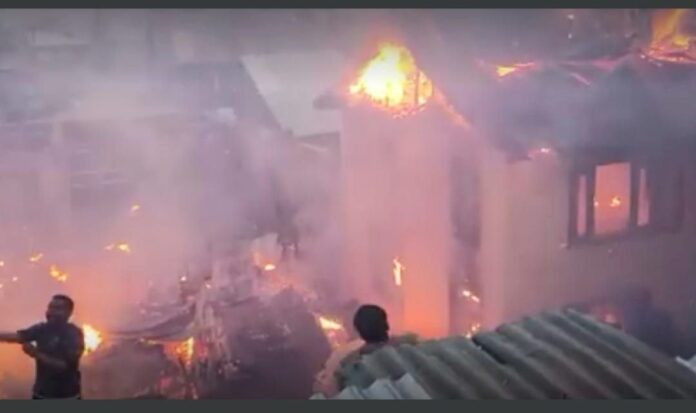 Six residential houses were damaged in a massive fire in the apple township of Sopore in north Kashmir district of Baramulla on Saturday morning. Official sources said that fire broke out in a residential house in Maharajpora in Sopore early on Saturday morning. “Fire tenders were rushed to the spot to douse off the leaping flames, clearly visible from a distance,” they said. However, they said that the fire spread to nearby structures and before it was brought under control four residential houses were completely damaged while two other were partially damaged.
“No one was injured in the incident,” they said, adding the cause of the fire was not immediately known.
They said police has registered a case and initiated investigation to ascertain the cause of the fire.

Sociologist Dr. Ankur Pare: The man whose love and quest for...