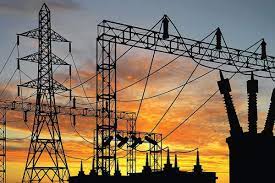 Chandigarh, Jul 29 : State-level conventions were held on Thursday by power sector engineers and employees to protest against the Electricity (Amendment) Bill 2021 and the ”indifferent” attitude of the central government towards them.
In Varanasi, UP power employees held a convention in the Prime Minister’s constituency in Varanasi and submitted a memorandum in his office. The conventions were also held in Bengaluru, Trichi, Hyderabad, Chandigarh and other state utility headquarters.
A spokesperson for All India Power Engineers Federation (AIPEF) VK Gupta said that a four-member delegation of the National Coordination Committee of Electricity Employees and Engineers (NCCEEE )led by Prashanta Chaudhary convener met Alok Kumar Secretary Power on Tuesday and handed over a memorandum against the Electricity (Amendment ) Bill 2021. The other members of the delegation were Rathnakar Rao Secretary General AIPEF, Abhimanyu Dhankar Kuldeep Kumar.
The delegation asked the Power Secretary that why the employees and consumers are not being treated as stakeholders and the government is moving unilaterally without discussion with them. The power secretary claimed that the concerns of organizations have been considered already and the government does not want to proceed further through consultations and talks.
This has left power sector engineers and employees with no choice other than to vehemently oppose their endeavors to privatize the electricity distribution.

Oxygen comes at doorstep of home of isolated patients in Haryana