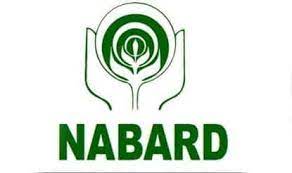 Chandigarh, Jul 29 (UNI) NABARD has sanctioned Rs 445.89 crore under the Rural Infrastructure Development Fund (RIDF) for five large surface based drinking water projects in Ferozpur, Fazilka, Hoshirapur and Rupnagar districts of Punjab.
Stating this here on Thursday, Dr Rajiv Siwach, Chief General Manager (CGM) NABARD Punjab Regional Office informed that these projects envisage to provide 70 litre per capita per day potable drinking water at the consumer-end through functional household tap connections covering a rural population of 10.39 lakh in 700 villages. The villages in Ferozpur and Fazilka face issues of high turbidity/TDS whereas villages in Rupnagar and Hoshiarpur face issue of seasonal water shortage.
The Punjab Government is leveraging Central Government assistance available under Jal Jeevan Mission with support under RIDF for benefits of large population in the State, he said.
The CGM further informed that with this 392 projects involving RIDF assistance of Rs 887.98 crore are under various stages of implementation by Department of Water Supply and Sanitation, Punjab. The completion of these projects will benefit a rural population of 28.90 lakh population.
He added that during the year 3 projects involving RIDF assistance of Rs 506 crore have been sanctioned to the state Government for drinking water and construction of additional class rooms in existing Government schools.
Dr Siwach also informed that cumulatively, NABARD has sanctioned rural infrastructure projects of Rs 10,736.29 crore and disbursed Rs 7,602.76 crore to the State Government under RIDF.

Amit Shah to visit Karnataka on May 3 amid cabinet revamp...