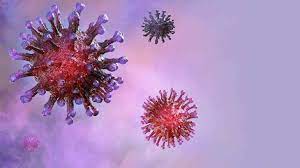 Chandigarh, May 25 (UNI) In a major crackdown on black-marketing of counterfeit drugs, Haryana Police has sealed a ‘pharmaceutical unit’ located at in Himachal Pradesh which was manufacturing large quantities of fake remdesivir injections.
The unit was sealed along with drug control authorities of Haryana and Himachal Pradesh, a Haryana Police spokesperson said here on Tueday.
He informed that an FIR was registered at Ambala police station on April 21 after the police seized 24 remdesivir vials from the possession of four accused.
Working on useful information, 11 accused had been arrested during a prolonged investigation. They were selling the vials, considered a life saving drug in pandemic, to the desperate people at an exorbitant rate.
Police traced the manufacturing unit Alfin Drugs Pvt Ltd, owned by Dilpreet Singh in Nalagarh and sealed it with drug control authorities.
In all 673 fake remdesivir injections were recovered of which 423 vials were seized from the arrested accused. The remaining 250 vials were recovered yesterday from the unit which was subsequently sealed.
During the course of investigation, the connection of these accused have also been found with the Remdesivir injections which were thrown in the canal at village Salempur falling under Chamkaur Sahib police station in Punjab.
“Further probe is underway and we are trying to arrest the other members of the syndicate,”

UP Budget: Govt aims at empowering daughters and women