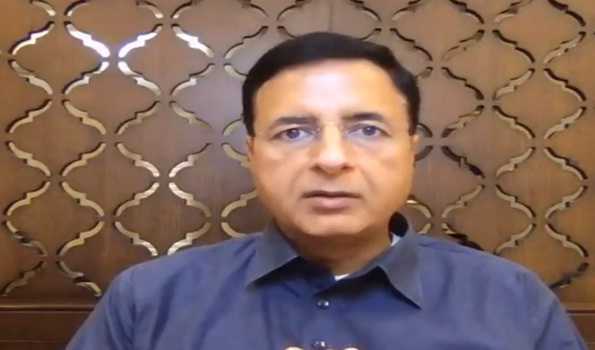 New Delhi, May 10 (UNI) The Congress Working Committee (CWC) — the party’s highest decision-making body– on Monday unanimously resolved to defer the internal election to the post of the party president ‘temporarily’ in the wake of the COVID-19 crisis.

Addressing a virtual press conference after the CWC meeting, along with Congress General Secretary and Chief Spokesperson Randeep Surjewala, AICC General Secretary (organisation) K C Venugopal, while reading out the CWC resolution, said, “The CWC considered the election schedule for electing the AICC president as proposed by Central Election Authority of the party. In view of the nationwide emergent conditions prevailing on account of unprecedented Corona pandemic, the CWC was unanimous that all our energies should be channelized towards saving every life and helping every Covid affected person. CWC, therefore, unanimously resolved to defer the elections temporarily in the midst of these challenging times.’

On the question about deferment of Congress president election, Mr Surjewala said, ‘As Mr KC Venugopal read out the resolution, the specific word used by CWC and I may just read it and draw your kind attention. ‘CWC, therefore, unanimously resolved to defer the elections temporarily in the midst of these challenging times’.’

Mr Surjewala said, ‘Mr KC Venugopal and myself have sought guidance from Congress president Sonia Gandhi. According to Congress president Sonia Gandhi also, this temporary deferment cannot be open ended and it is for 2-3 months, as the situation stabilizes and people are able to come out and line up and vote, election to the president will be held. Congress Party is determining to hold it. It is only because of the emergent conditions, complete lockdown across multiple states, restrictions on movement of people and restriction on gathering of people that there has been a temporary deferment.’

Another 1130 lives lost, Tablighi event back in limelight