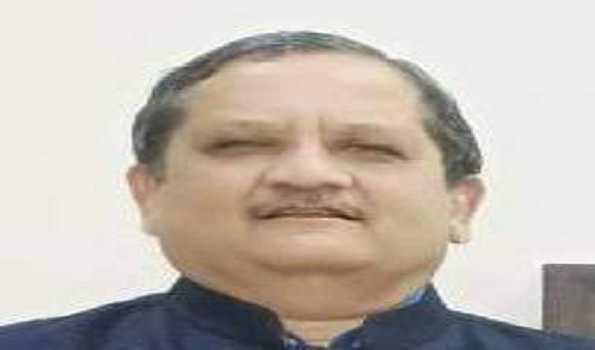 New Delhi, May 8 (UNI) The Indian Medical Association (IMA) on Saturday demanded the formulation of a separate ministry to deal with COVID-19 crisis and related issues as according to the association the existing Union Ministry of Health and Family Welfare has totally failed on all fronts, be it controlling the transmission or strengthening the health infrastructure or vaccinating the population.

“IMA is astonished to see the extreme lethargy and inappropriate actions from the Ministry of Health in combating the agonizing crisis born out of the devastating second wave of the COVID-19 Pandemic,” the IMA lambasted in a statement.

“We demand to establish a new integrated Ministry to serve in this pandemic with a dedicated, proactive, vibrant, innovative and altruistic Minister and alleviate the fear of people by leading from the front,” the association added.

The IMA secretary-general Dr Jayesh Lele, while speaking to UNI, averred that a new integrated Ministry should be formed immediately and exclusively focuses on the pandemic.

India recorded 4,187 fatalities over the past 24 hours pushing the cumulative death toll to 2,38,270, marking the worst daily increase since the start of the outbreak. Over 4.01 lakh fresh cases were also registered in the same time.

The medical association alleged that the government is not paying heed to their advice. “….requests made by IMA and other professional learned colleagues are put into the dust bin, and often without realizing the ground realities the decisions are taken,” it said.

The medic’s body, in a strongly-worded letter, said it has censured the government for not imposing a nationwide lockdown to break the chain of the pandemic.

“The Central government refused to implement lockdown resulting in the mounting of new patients beyond 4 lakhs every day and the number of moderate to severe cases are increasing to nearly 40 percent. Sporadic night curfews have not done any good. Life is precious than the economy,” the IMA said.

Terming the differential pricing system of COVID vaccines as ‘un-humanistic’, the IMA said the Health Ministry failed to chart out a proper road map due to which vaccination could not be rolled out for people above 18 years in the majority of the places.

Citing a decade-old example of immunization against small and polio, the Medical Association said in 1997 and 2014, India could declare eradication of smallpox and polio, only by adopting the universal free vaccination and not by differential pricing system.

“When Rs 35,000 Crore Rs were allotted in the budget, with which the maximum required 200 crore vaccine dozes are purchasable, why the central government is shedding its responsibility?,” it questioned.The association demanded raising the budget allocation to Health sector to a minimum of eight to ten per cent of the GDP to come out of the health crisis and speedily inoculate the population.

Centre is answerable to people of Delhi: SC over oxygen shortage

Gold hallmarking being made mandatory from June 1, JK jewellers seek...