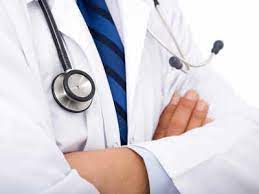 Bengaluru, May 25 (UNI) In order to further strengthen the health sector in Karnataka, the State government has appointed 1,763 doctors, Minister for Health and Medical Education Dr K Sudhakar said on Tuesday.
Speaking after holding Covid-19 and black fungus meeting, he said that the process of direct appointment was completed. Out of 1763, 715 expert doctors besides 1048 general doctors were also appointed which would help in the health sector .
This appointment would ease the pressure in the north Karnataka hospitals . priority has been given to Gadag. Hubballi, Belagavi , Raichur districts and very soon the doctors’ places will be announced.
On the oxygen supply, he thanked Prime Minister and central ministers for supply of 1015 mt oxygen and further increased to 1200 MT Stating that CC cameras installed in all covid hospitals to control the people visiting hospital and even which could avoid the black fungus also.
He said health officials who have been working on contract basis the remuneration fixed Rs 10,000, nursing staff Rs 8,000 and group D workers
Rs 10,000, besides risk remuneration will also be given from April 1. Asha workers will get their salary every month in the first week itself. With regard to black fungus, he said so far 446 people have been affected in which 433 people have been admitted to hospitals and 11 patients are taking treatment in their houses and so far 12 persons died due to black fungus, he added.
At present the state has 555 basic ambulances , 157 advanced ambulances and 530 ventilators received from the centre which has been attached to the ambulances which would help all the districts across the state.
On the vaccine, he said so far 1.05 crore covishield received 13.45 lakh direct purchase by the State government. Besides 13.10 lakh coviaxion vaccines purchased directly by the state. so far 1.22 crore people have been vaccinated in the state and at present 11.46 lakhs vaccine available he explained
He warned people who attacked doctors and medical staff on duty, they will be punished with five years imprisonment.