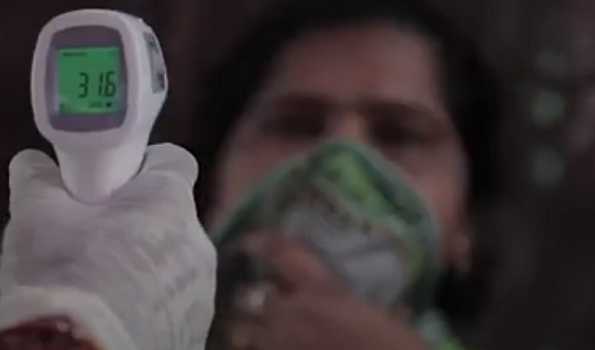 Bhubaneswar, May 09 (UNI) After the highest spike of 21 covid deaths on May 7 last, Odisha witnessed a slight decline in the fatalities as 19 covid patients under treatment succumbed to the virus in the past 24 hours taking the total toll in the state to 2180.

On May 6 last the state recorded 19 deaths which rose to 21 on May 7 and again the fatalities came down to 19 on May 8. Heath and Family Welfare department sources said while three each died in Khordha and Kalahandi district one each passed away in as many as 13 districts in the past 24 hours.

During the past 24 hours, 10,635 new covid cases were detected from 30 districts which included 6012 from the quarantine centres and 4623 local contact cases.

About 7664 covid patients were recovered on Saturday.

Sources said ever since the lockdown was imposed in the state on May 5, there has been a slight decline in the number of new covid cases while the recovery has indicated a rising trend.

As far as active cases are concerned nine of the 30 districts have together accounted for more than 61 per cent.

Official sources said out of 10635 new cases detected from 30 districts in the past 24 hours barring Malkangiri and Boudh districts, the rest 28 districts have reported more than 100 new cases, nine of them having more than 400 cases.

Chief Minister Naveen Patnaik said that Odisha has set a zero- wastage milestone in Covid vaccination for the skill and dedicated work of health workers and nurses.

More people have been vaccinated using the vaccine provided by the Central Government for people over the age of 45, he said.

Earlier, he also expressed concern over the leader of Opposition in the Odisha Assembly and BJP leader Pradeepta Nayak and Rajya Sabha MP Raghnath Mophapatra infected with covid and undergoing treatment at AIIMS, Bhubaneswar.