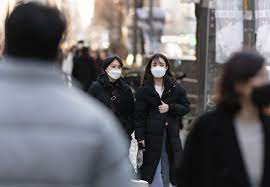 The daily caseload was up from 18,147 the previous day and far higher than 10,455 tallied a week earlier, according to the Korea Disease Control and Prevention Agency (KDCA). For the past week, the daily average number of confirmed cases was 11,950.

Among the new cases, 224 were imported from overseas, lifting the total to 36,316. The number of infected people who were in serious condition stood at 61. Seven more deaths were confirmed, leaving the death toll at 24,583. The total fatality rate was 0.13 per cent.

Indonesia to dispatch 12 warships for G20 summit in Bali

EPFO adds 14.65 lakh subscribers in July, nearly half of them...