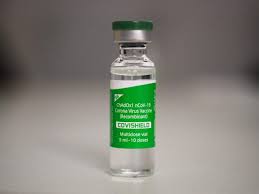 New Delhi, August 29 : A study by CSIR-Max hospital said that more evidence is coming out which indicate that the COVID-19 vaccines are less effective in preventing infection, especially against emerging new variants like Delta, officials said here on Sunday.
The latest study published in a scientific journal on Sunday, has found that Serum Institute of India’s COVID-19 vaccine, Covishield, is inadequate in preventing breakthrough infections, reinstating the need to continue following preventive measures such as social distancing and masks.
“Initial data for SARS-CoV2 vaccines suggested that break-through infections would be infrequent and be associated with lower viral loads, shorter duration, and low likelihood of transmission. But recent data suggests that Delta infections have higher viral loads, with no difference between vaccinated and unvaccinated. Together, the data strongly argues that frequent breakthrough infections and minimally impeded transmission is a possibility with new variants such as Delta,” the research said.
The central government-run CSIR-Institute of Genomics and Integrative Biology is a sponsor of the research study.
Breakthrough infection is the term used to denote reinfection after taking a vaccine.
The study noted that a single dose provided half the protection against the COVID-19 transmission when compared to both doses of the vaccines. However, the vaccine continues to prove effective in preventing death and severity from the viral disease.
It also stated that the natural infection serves as a booster to the vaccines and even a single dose to previously infected individuals induces comparable or better immunity than both the doses of Covishield.
The research was conducted over 597 participants from different hospitals of the same group who had received either single or both doses of the vaccine. Of them, around 52 per cent have had prior infections. 482 volunteers had taken both doses, according to the study design.
The researchers noted the prevalence of breakthrough infection among uninfected and those who had taken both doses at 25.3 per cent, while it rose close to double among those who had only received their first shot.
“The breakthrough infection was recorded 48.5% among the general employee cohort, where most subjects, who remained uninfected, had received only a single dose of Covishield,” the study said.
However, the reinfection rate calculated among those who were previously infected was at only 2.5 per cent, reaffirming the evidence that immunity achieved by natural infection is more robust than artificially generated through vaccines.
The study also found that one dose of Covishield given to previously infected induced comparable or better immunity than both doses.
Based on the findings, the study suggested revisit the vaccination strategy to explore more ways for effective use of vaccines.
The researchers said that vaccination is expected to confer protection against infection and severe disease for vaccinees, while also indirectly protecting unvaccinated populations by reducing transmission.
“However, the global surge in the transmission of Delta variant of the novel coronavirus, including in high vaccination populations such as Israel has led to the reconsideration of the policies,” they added.
“It (single dose) can be a preferred strategy for optimal use of vaccines in populations with high seropositivity. In susceptible populations, there may be a benefit to using heterologous prime/boost strategies where a cocktail of two vaccines could provide statistically higher levels of humoral immunity,” they suggested.