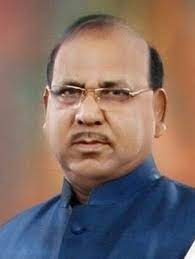 Puri, April 21 : The Union and Odisha government should work together to develop facilities for devotees at the famous Sri Jagannath temple, Lok Sabha member Ramdas Tadas told newsmen here on Thursday. Ramdas told this after darshan of Lord Jagannath and visiting the ongoing Parikrama project work of the temple. The Lok Sabha member said he had visited the 12th century shrine in 2015 and again on Thursday adding a lot of good work has been done since then. Additional Director General of Archaeological Survey of India (ASI) Alok Tripathy declined to comment on the ground that a case on the issue is pending in the High court. A 21 member parliamentary standing committee on culture, Tourism and Transport led by T.G Venkatesh MP on Thursday visited the temple and had darshan of the presiding deities. The members interacted with shrine officials and learnt about the basic services, security and facilities being provided to the devotees. Many members along with ASI Additional DG and superintendent of ASI went round the Sri Jagannath temple Parikrama and saw the work and project designs. Ramdas said many important shrines of the country have been developed and the heritage corridor for Sri Jagannath temple should be put in place and for that both the central and state governments should jointly work together. Sambhaji Rao Chhatrapati, another member of the committee said there are some issues in Konark Sun temple and also in Sri Jagannath temple over development and these issues should be sorted out. . He said these issues will be discussed with ASI top officials. The government, Chhatrapati said should provide basic minimum services during their visit to the shrine.

Modi stresses on need to enhance bilateral ties with Vietnam

Missing’ to release on OHO Gujarati