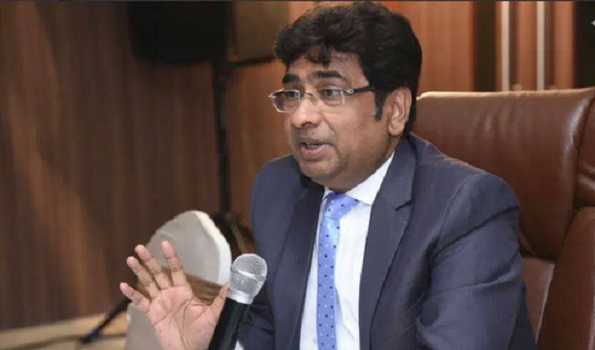 New Delhi, Dec 1 (UNI) By 2021-end, the Railways will commission 45 per cent of the dedicated freight corridor (DFC) from Kanpur in Uttar Pradesh to Palanpur in Gujarat, thereby establishing connectivity to three ports of Gujarat — Kandla, Pipavav and Mundra.

Railway Board Chairman and Chief Executive Officer (CEO) Vinod Kumar Yadav told reporters through video conferencing here that a 353-km stretch from Bhaupur to Khurja in Kanpur in the eastern DFC and Rewari to Madar on the western DFC section will be opened for traffic this month.

Mr Yadav described it as “a game changer for the Indian economy and rail transport”, saying it will increase both the speed and frequency of passenger trains on the Delhi-Mumbai and Delhi to Howrah routes.

He said in November 2020, the average freight figure was 58,726 tonnes, while in October 2020 the figure was 56,128 tonnes. He said rail freight is expected to increase by 25 to 30 per cent on completion of DFC. Keeping this in mind, goods sheds are being built at every station of DFC.