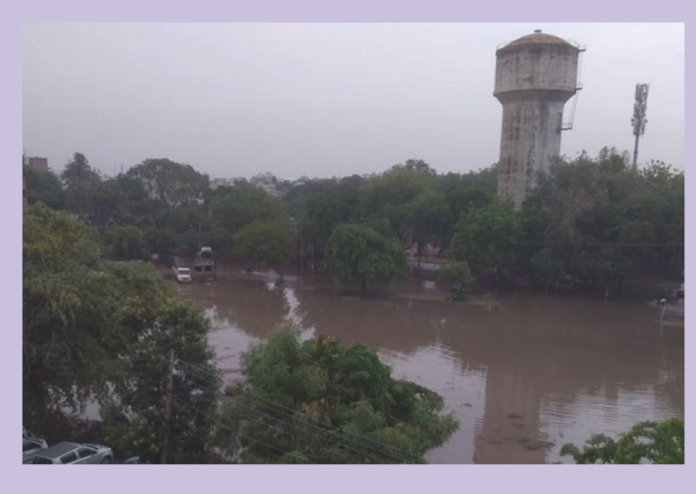 Haryana received rains for the first time in the monsoon season. From late Wednesday to Thursday morning, there was a rainy season in Bhado. Heavy life was severely affected due to heavy rains at 220 mm in Sonipat city, 170 in the district, 150 in Bahadurgarh and Gurugram 97 MA. People had to remain in darkness due to the power failure overnight.

In Sonipat city, waterlogging took place up to four feet. Almost all houses got rain water. Twelve people were injured in the collapse of two houses, while the condition of three remains critical. Thousands of vehicles were trapped. There was a long jam on the roads. There was a continuous rainy season in Gurugram for 15 hours. The corporation tried to extract water by installing tractor, pump, super sucker and engine pump at dozens of places.

According to the Meteorological Department, except for the southern part, good rains are expected in the state for the next two days. For the first time this season, the state received the highest average rainfall of 23.5 mm a day, which is 353 percent more than normal

RBI supersedes the Board of Reliance Capital, appoints administrator

Gates of development opened for J&K after Art 370 revocation: Athawale