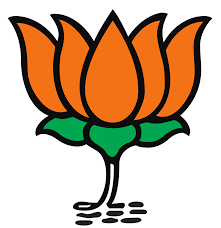 Hamirpur (HP), Dec 18(UNI) Though the dates for the elections to the Panchayati raj institutions are yet to be announced, the Badsar unit of BJP on Friday released the names of its four candidates for the Hamirpur Zila parishad seats falling within the jurisdiction of the Badsar.
There are eighteen Zila parishad wards in the district.
Rajesh Kumar has been named as the party nominee from Karer seat, Smt. Vijaya Kumari from Bijheri, Smt. Veena Sharma from Badsar and Sanjeev Kumar Sharma (Sanju) from Dandroo zila parishad wards respectively.
The names of the candidates were released to the people through the facebook page of the Badsar unit of the party today.
Since the district party president Baldev Sharma hails from the Badsar area there was no hitch in declaring the names of the prospective candidates.
Kuldip Thakur and Chatter Singh Kaushal, President and General Secretary of the Badsar mandal of the party in a statement had clarified that those contesting against the official candidates would face the wrath of the party.

HP CM does not rule out new restrictions