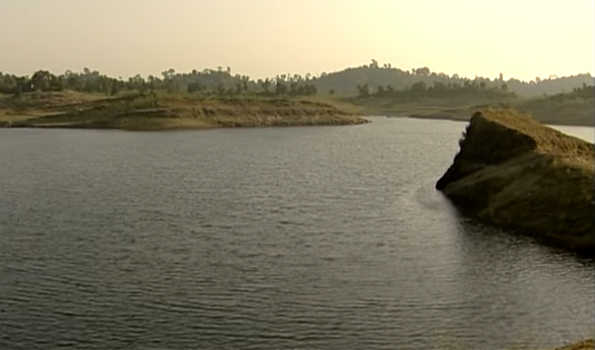 Shimla, Jan 6 (UNI) Besides reeling with the Corona pandemic, Himachal Pradesh will now have to deal with another threat of an outbreak – Avian Influenza (AI) reported from four States of the country.

After three days of confirmation of AI, one dozen epicentres were identified by the Government of India incluiding Pong dam wildlife sanctuary in Kangra district and nearby area of Hamirpur.

In a media release here, a spokesperson of the Government of India said avian influenza has been found in different species of birds in Rajasthan’s Baran, Kota, Jhalawar region; Madhya Pradesh’s Mandsaur, Indore, Malwa area. In both these states infected birds are largely crows.

The bird flu confirmation in the Pong dam (Ranser) sanctuary has drawn attention of world around as more than 2700 birds were found dead till Tuesday. The number of dead birds could rise as counting was still continuing. The Pong Dam attracts more than 1.25 lakh migratory birds every year from places as far as Siberia and China. It has become one of the epicenters for Bird Flu outbreak in India.

The day after H5N1 was confirmed among hundreds of dead migratory birds at Pong Dam Lake in Kangra district of Himachal Pradesh, the animal husbandry department, wildlife and other stakeholder departments have been on high alert conditions.

“Another advisory has been issued on 5th January, 2021 to HP where the State has been advised to take measures so as to avoid further spread of disease to poultry,” stated the Government of India note.

The measures suggested to the affected States to contain the disease and prevent further spread as per the Action Plan on Avian Influenza include strengthening the biosecurity of poultry farms, disinfection of affected areas, proper disposal of dead birds/carcasses, timely collection and submission of samples for confirmation and further surveillance, intensification of surveillance plan as well as the general guidelines for prevention of disease spread from affected birds to poultry and human. Coordination with forest department for reporting any unusual mortality of birds was also suggested to the States.

Animal husbandry deputy director (epidemiology), Himachal Pradesh Dr Munish Batta said that the national bird flu action plan has been set in motion in the state, and the frontline field staff is provided with adequate PPE kits and preventive medicines.

“Rapid response teams were constituted and collecting of samples of poultry from an area of radius ten kilometers from around the Pong dam lake, as it was declared surveillance zone, Fortunately, there has so far been no report of any unusual sickness or death among the poultry in the area,” he added.

Department of Animal Husbandry & Dairying, Government of India has also set up a control room in New Delhi to keep watch on the situation and to take stock on daily basis of preventive and control measures undertaken by State authorities.

As per the media note Avian Influenza (AI) viruses have been circulating worldwide for centuries with four known major outbreaks recorded in the last century. India notified the first outbreak of avian influenza in 2006. Infection in humans is not yet reported in India though the disease is zoonotic.

There is no direct evidence that AI viruses can be transmitted to humans via the consumption of contaminated poultry products. Implementing management practices that incorporate bio security principles, personal hygiene, and cleaning and disinfection protocols, as well as cooking and processing standards, are effective means of controlling the spread of the AI viruses.

In India, the disease spreads mainly by migratory birds coming into India during winter months i.e. from September – October to February – March. Due to past experience regarding the reports of the disease in winter season, periodic advisories have been issued to all states/UTs before commencement of winter for keeping necessary vigil, enhancing surveillance, keeping strategic reserves of supplies (PPE kits, etc.), and preparedness to handle eventualities and IEC for public awareness.

Besides due to threat of global outbreak of AI, the Department of Animal Husbandry and Dairying (DAHD), Government of India had prepared an action plan in 2005 which was revised in 2006, 2012, 2015 and 2021 for guidance of State Government for prevention, control and containment of Avian Influenza in the Country, stated the note.

Here it is pertinent to mention that the last advisory issued to all states in the matter was on Oct 22, 2020, as mentioned in the note. Had states taken the advisory more seriously, the outbreak could have been averted.

Russian Academy of Sciences president says will be vaccinated against coronavirus

Timely response of ambulance services for COVID patients being strengthened in...