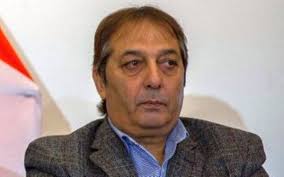 Srinagar, Jan 22 (UNI) Scores of deputations and individuals on Friday met Advisor Baseer Khan and apprised him of their grievances at Civil Secretariat in the summer capital, Srinagar.

President, KMTF, Mohammad Yaseen Khan, apprised Advisor regarding construction work of shops at Tral Bus Stand. In this regard, Additional Deputy Commissioner Pulwama informed that the DPR has been submitted to the authorities concerned for approval.

A deputation of Srinagar Municipal Corporation (SMC) Corporators apprised the Advisor about status of various development works in their respective wards.

Similarly, a delegation from Zakura Hazratbal demanded installation of an additional power transformer in their locality as the capacity of existing transformer is insufficient to bear the load of entire locality.

Advisor was also apprised by couple of contractors regarding release of payment of completed work held in Rural Development Department.

Several other individuals apprised Advisor Khan regarding different issues including electricity and water supplies, construction of roads, retaining walls among others.

Advisor Baseer Khan assured the deputations that all the grievances and issues raised by them would be addressed at the earliest. He issued on the spot directions to the concerned officers for redressal of issues raised.

Over 40% of candidates enrolled for coronavirus vaccine trial, says Moderna