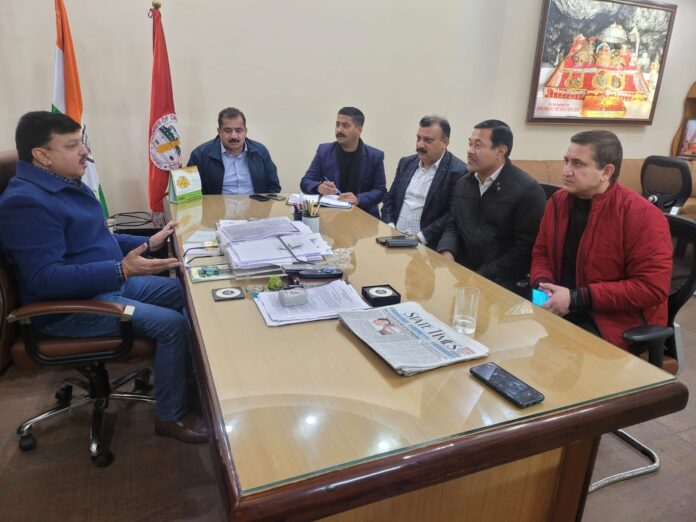 Chamber of Commerce and Industry Jammu has urged the UT Govt. to review the decision of cancelling all the posts advertised by the Jammu and Kashmir Public Service Commission (JKPSC) and Services Selection Board (SSB) prior to October 31, 2019.

The Chamber President raised a significant question on the Government’s statement that all the cancelled posts will be re-advertised and filled on fast track basis. He asked whether the government will allow the youth who have become over-aged while waiting for the written examinations, to apply for such jobs when re-advertised. He said that it is an irony that government instead of creating new job avenues and fill all the posts lying vacant in several government departments of Jammu and Kashmir has begun the campaign of withdrawing the advertisements for various posts

22 Tons of Original Classics Illustrated Engraving Plates for Sale by...

We are happy to see our film being screened at IFFI’:...