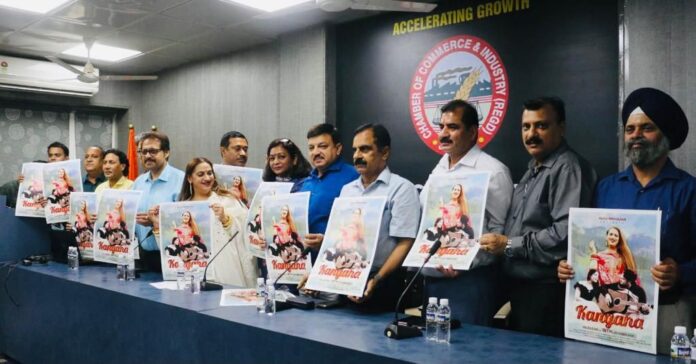 The song has been written and composed by renowned singer Bishan Dass while the music has been arranged by Sahil Nath and videography done by Akash Dogra.

While addressing the august gathering on the occasion, Arun Gupta President CCI lauding the singers and their team appreciated their efforts in keeping the Dogra Culture alive through the songs. He said that the artists are the best ambassadors of culture as they disseminate the culture and tradition of the areas which they represent through their performances especially on auspicious occasions. He added that the songs are the easiest medium to propagate and promote the rich Dogra Cultural heritage in which the singer duo has been more than successful Moreover, the singers deserve full credit for providing the live source of entertainment to the people in the present era of materialistic race when the life has become monotonous, Gupta asserted.

Arun Gupta thanked the singers for enriching the rich and vibrant Dogra culture of Jammu with their valuable contributions and appealed to the youth to come forward to join the pursuit to promote Dogra Culture and folklore.

The programme which was witnessed by a galaxy of dignitaries was conducted by Kusum Tickoo.