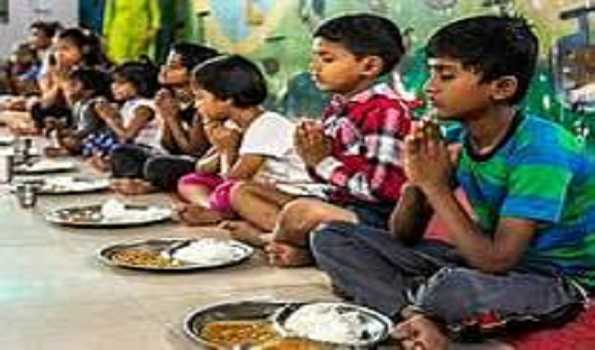 New Delhi, Dec 2 (UNI) A Delhi-based NGO has expanded its Daily Meals Programme (DMP) for the underprivileged of West Bengal, Jharkhand and Tamil Nadu. Wishes and Blessings, the Delhi-based NGO, has been feeding the underprivileged across Delhi and NCR for the last 5 years under its Daily Meals Programme (DMP), the NGO said in a statement on Wednesday.

‘Phase I of the DMP was launched in December 2015 and since then the NGO has been serving three hot and nutritious meals on a daily basis to destitute people,’ it said. ‘The NGO has launched Phase XXI of the Daily Meals Programme on December 1 with the widened

geographical territories of other parts of the country apart from Delhi and NCR. The NGO has expanded its services to help the needy in the regions of West Bengal, Jharkhand and Tamil Nadu,’ it said.

‘Under Phase XXI, the NGO will be serving cooked food and distributing ration kits to 1100 homeless and underprivileged people across Delhi and NCR, Jharkhand, Tamil Nadu,and West Bengal,’ the statement said.

Commenting on the reach of the programme, Dr Geetanjali Chopra, Founder and President, Wishes and Blessings said, ‘The programme was launched in 2015 on a relatively small scale, and it has been so gratifying to be able to grow and feed even more hungry and needy people as the months have gone by. The COVID crisis has only exacerbated another equally worrying crisis- that of hunger, and through the Daily Meals Programme we are doing our part to ensure that some of those who were most affected no longer have to worry about fulfilling the basic need of nutritious food.’

Over 42 NDRF, SDRF & PAC teams deployed for search and...

We shall not allow Covid-19 to dampen spirit of this Durga...