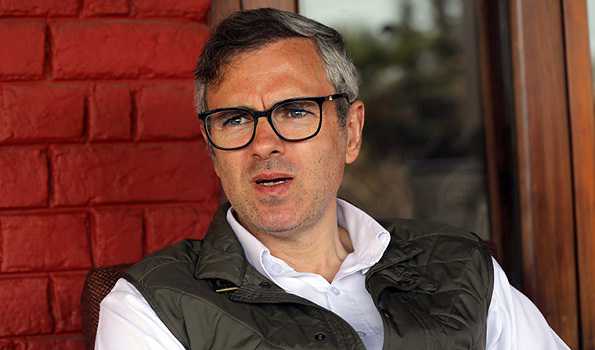 Srinagar, Aug 2 : Reacting sharply to J&K Police move to deny security clearance to those involved in crimes prejudicial to the security of the State, including stone-pelting, former J&K chief minister Omar Abdullah on Monday said that an executive order cannot replace a court of law, even as guilt or innocence should be proven in the court and not based on vague unproven police reports.
Mr Abdullah, who is the vice president of National Conference (NC), further said that an ‘adverse police report’ can’t be a substitute for being found guilty in a court of law. “A year and a half ago J&K police were able to create an ‘adverse police report’ to justify my detention under the Public Safety Act that would never have stood up to legal challenge,” the former chief minister wrote on micro-blogging site twitter.
He said they (police) did the same with scores of others, many of whom had these police reports tossed out by the courts. “An executive order cannot replace a court of law. Guilt or innocence must be proven in court and not based on vague unproven police reports,” he added.
The CID wing of Jammu and Kashmir Police has stated that security clearance required for passports and other government services will be denied for those involved in ‘stone-pelting and other crimes against the state’.
“All the field units of CID SB-Kashmir are hereby directed to ensure that during verification related to passport, service and any other verification related to government services/schemes, the subject’s involvement in law & order, stone-pelting cases and other crime prejudicial to the security of the state be specifically looked into and same must be corroborated from local police station records,” the police said in a circular issued on Sunday.
It further said that digital evidence like CCTV footage, photographs, videos and audio clips, quadcopter images available in the records of the police, security forces, and security agencies be also referred during the verification.

Situation in Afghanistan spinning out of control, says UN chief

Rupee up by 5 paise against USD