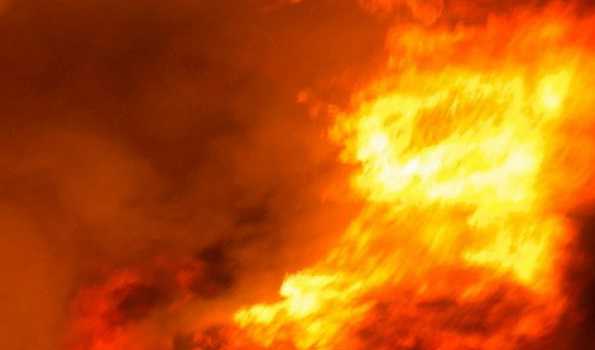 A major fire broke out in logistics godown at Bhiwandi in Thane district in early hours of Wednesday, a civic official said.
No casualty was reported while the cause of the fire is yet to be ascertained, he said.
Two fire engines one each from BNMC and KDMC were rushed to douse the gushing flames that erupted from the godown at around 0430 hours.