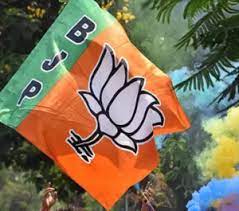 Shillong, Jul 25 : BJP Meghalaya president, Ernest Mawrie on Sunday said that Union Home Minister Amit Shah has assured to examine properly the demand to implement the Inner Line Permit (ILP) in Meghalaya since it is a state where other states have to pass through.

“We met the Union Minister and presented before him issues concerning the state including ILP, inter state boundary issue, inclusion of state languages in the eighth schedule, sixth schedule amendment, law related to cattle, besides affairs of the party in the state,” Mawrie said.

When asked about the reply of Shah on ILP, Mawrie said that the Union Home Minister was very clear on this issue.

“He assured us that this issue needs proper examination especially because of the fact that Meghalaya is a transit state where other states like Tripura, Mizoram, parts of Assam and parts of Manipur have to take the national highways via Meghalaya,” Mawrie said.

ILP is a British-era regulation designed to preserve ethnicity and culture of the Northeastern tribals. It required all Indian citizens, not usually residents of the area, to secure a special permit for entering the border states and regions of the North-East.

The regulation designed to preserve ethnicity and culture of the north eastern tribals, required all Indian citizens not usually residents of the area to secure a special permit for entering the border states and regions of the northeast.

The permit system is still in force in Nagaland as well as Mizoram as well Arunachal Pradesh and Manipur.

On Saturday, leaders of several pressure groups who met with the Union Home Minister seeking implementation of ILP in the State.

However, Shah did not give any assurance to the pressure groups neither did he even mention about the issue but only listened to them.