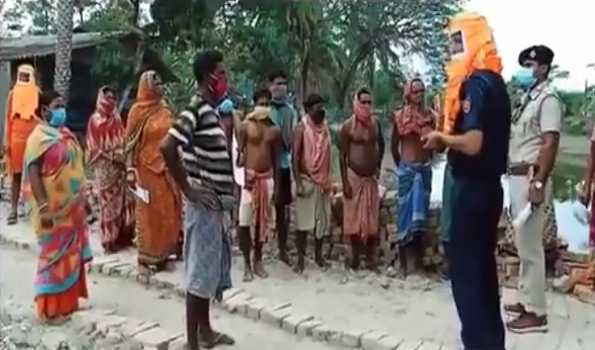 East Midnapore/ Kolkata, May 25 (UNI) Troops of the Indian Army are being deployed in and around the Digha sea resort to deal with any eventuality as the Cyclone Yaas is located 420 km away from Digha in East Midnapore by 9:30 am today.

The cyclone is located around 430 km from Baleshwar and 320 km from Paradip, the weather office said. ” The army is being deployed in Digha to deal with the cyclone as a precautionary measure.” According to the district administration, A team of 60 soldiers is being ready, ” sources said.

The National Disaster Response Force and paramilitary forces have already been deployed at Digha in East Midnapore. As Cyclone Yaas is expected to have the biggest impact on Digha in the coastal areas of the state, the administration is leaving no stone unturned in its preparations.

The Indian Navy also kept its logistics ready to deal with the storms.
The Indian Coast Guard also geared up its machinery and manpower to face any eventuality.

UP govt intensifies preparations against Covid variant on a war footing