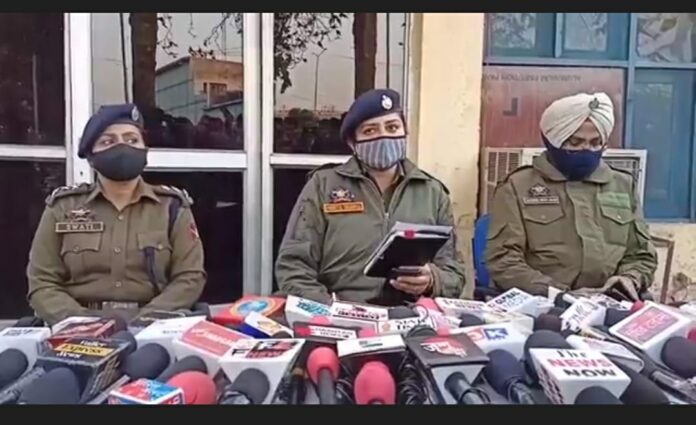 Jammu: Various cases were registered in PS Nowabad regarding vehicle thefts from different areas. On this a special team under the supervision of Dy.SP Hqrs Swati Sharma was constituted.The team led by SHO PS Nowabad Inspr Rajesh Khajuria assisted by IC pp Canal Road SI Ravinder singh, after analysis of CCTV Footages of the area along with the technical assistance finally rounded up a suspect namely *RAHUL SHARMA @BIBU S/O VIJAY KUMAR SHARMA R/O H NO 175 NEAR POLICE POST GUJJAR NAGAR. During sustained questioning accused confessed his involvement in various cases and on his disclosure names of other vehicle lifters were also revealed. On this police team rounded up a chain of suspects.On intensive questioning, they accepted their involvement in various vehicle theft cases. Other four accused arrested have been identified