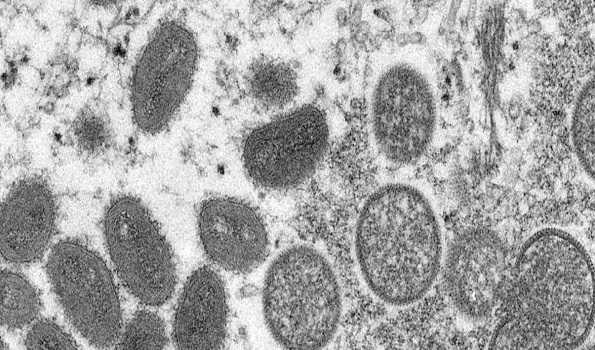 Lucknow, July 25 : Stepping up precautionary measures as cases of monkeypox surface in the neighbouring states, the Uttar Pradesh government has intensified surveillance and has put the State Health machinery on high alert.

Strengthening surveillance and control measures all across the state, Chief Minister Yogi Adityanath has issued strict directives to raise people’s awareness of the symptoms and manner of transmission of the disease as per the detailed guidelines issued by the Union Health Ministry.

In pursuance of the instructions given by Chief Minister Yogi Adityanath, elaborate preparations are being made at both state and district levels. At least 10 beds each have been reserved for the same at the COVID-dedicated hospitals in the state for proper isolation and treatment of those infected with monkeypox.

Moreover, the state government has also directed the active surveillance units in the state to intensify their operations for timely identification and treatment of patients wherever required on the lines of the ‘trace, test and treat’ mechanism adopted to control the spread of Covid-19 pandemic.

In addition to this, online training for master trainers and doctors working under CMOs regarding management of monkeypox has begun in district-level hospitals. Following this, the master trainers will train the doctors and paramedical workers of divisional, district, block level hospitals, urban health units and primary health centers (PHCs). The community health officers and front-line workers including ANMs and ASHAs are also being trained.

The samples of potentially-infected patients will be tested at the laboratory in KGMU. For collection of samples, names, mobile numbers and email ids of two doctors have also been released.

Since Monkeypox is a viral zoonotic infection and spreads mostly through human contact, the public has been advised to guard against contracting the virus. The virus spreads through close and skin-to-skin contact as well as droplet infection.

The total duration of this viral disease is around three to four weeks and the most common symptoms of monkeypox include fever, headache, muscle aches, back pain, low energy, and swollen lymph nodes.

Symptoms typically last two to three weeks and usually go away on their own or with supportive care, such as medication for pain or fever.

Pfizer and BioNTech on track to submit the regulatory review on...