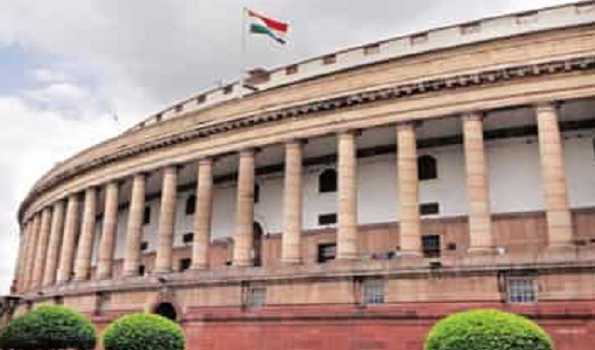 New Delhi, Sept. 13 (UNI) The Monsoon Session of the 17th Lok Sabha is all set to begin from Monday, amid unprecedented health and safety measures, as the country grapples with the raging COVID-19 pandemic that has seen a rising graph of infections over the past week. On the eve of the Monsoon Session, which will continue till October 1, Lok Sabha Speaker Om Birla visited the Parliament Complex on Sunday, to take stock of health security measures and other preparations.

Earlier in the day, Mr Birla chaired the meeting of the Business Advisory Committee (BAC), held in Parliament House Annexe. He told the media that it was emphasised in the meeting that, in such exceptional circumstances, there should be a more meaningful and positive discussion on legislative subjects during the Session, while taking care of health-related protocols.

He said that all parties assured maximum cooperation and all MPs are committed to fulfilling their constitutional obligations.

For the first time, the Monsoon Session will not have Question Hour and only a curtailed Zero Hour, a move resented by the Opposition parties.

The tradition of holding an all party meeting before the session was also done away with. On its part, the government has listed 23 new Bills for introduction, consideration and passing of which will aim to replace ordinances.

The Opposition parties have made their intentions clear of cornering the BJP-led NDA government on the fall in GDP, unemployment and border tension with China in Eastern Ladakh.

Reviewing closely every point from the Building Gates to the Lok Sabha Chamber, the Speaker also directed the officials to address some requirements that were felt necessary.

Thermal cameras, sanitizers, masked personnel and social distancing will be regular features during the session, which will have 18 sittings in all. The two Houses — Rajya Sabha and the Lok Sabha — will have turn-wise sittings of four hour each during the two halves of the day.

Mr Birla instructed the officials to provide sanitizer to every employee posted at the gates. He also visited the Chamber, Corridor, Inner lobby, Outer lobby, Waiting Hall, Media Stand, and other places in the Complex and reviewed the arrangements.