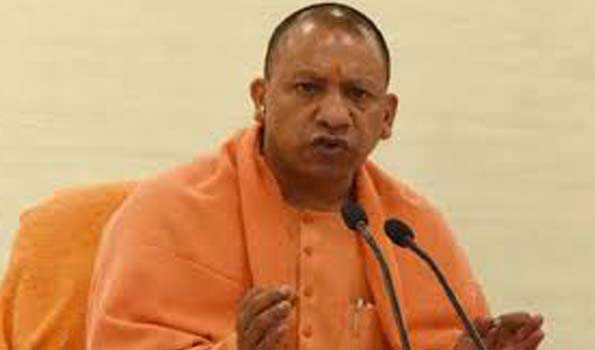 Ghazipur, Feb 8 (UNI) Issuing a stern warning to the mafias of Purvanchal, Uttar Pradesh Chief Minister Yogi Adityanath, on Monday, reiterated that there is no place for ‘mafioso’ in the state and said BJP has vowed to eliminate such elements.

Belting out a strong message from the land of Ghazipur, the Chief Minister said, “Our government is constantly moving towards wiping out the entire mafia culture which hindered the development of Purvanchal for long.” He said the previous governments patronised such mafia and criminals in the state due to which the development of the state received a massive setback. The CM was here to review the progress of 340-km long Purvanchal Expressway, his dream project.

Stating that Uttar Pradesh will now be known in the name of development, CM Yogi said, “There is no place for those who give patronage to the mafias, criminal and other rogue elements in the New Uttar Pradesh of ‘Ek Bharat Shrestha Bharat’. “While we are working towards the welfare of villages, farmers, youth, and development, on the other hand, it is also very important to destroy the mafia culture that has become a hindrance to the development of Purvanchal,” he added.

Significantly, a major campaign is being carried out by CM Yogi led BJP Government to eliminate the mafias who, previously, were running a parallel power in Uttar Pradesh. The Yogi Government has also seized illegal assets worth about Rs 1000 crore of more than 40 mafias including Mukhtar Ansari, Atik Ahmad, Vijay Mishra, Sundar Bhati, etc.

It is noteworthy that the government is also demolishing the illegal properties of mafias and their close aides. Apart from this, the state government has also registered cases against 800 gangsters and their close associates. Most of these cases are filed against Mukhtar Ansari and Atiq Ahmad, who ruled the monopoly in Purvanchal by mocking the law.

Govt defaulted on fast-tracking of recruitment process in Kashmir: NC

Air India disinvestment: Qualified bidders to be announced on Jan 5