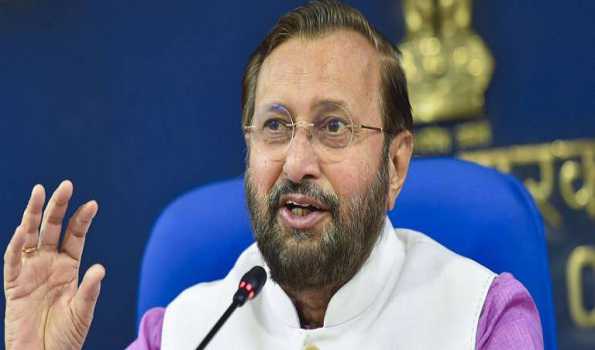 New Delhi, Mar 11(UNI) Prime Minister Narendra Modi will launch the opening ceremony of 75 weeks long Azadi ka Amrut Mahotsav from Sabarmati Ashram in Gujarat on Friday, a 25-day celebration marking the beginning of Amrut Mahatosav commemorating 75 years of Indian Independence.
The Information and Broadcasting Ministry has drawn up elaborate plans for coverage of the events from across the country wherein Doordarshan News and News Services Division of All India Radio will provide live coverage to the inaugural events in Gujarat.

The main event will be inaugurated at Sabarmati Ashram in Gandhinagar by Prime Minister Narendra Modi. Subsequently, a total of thirty-seven State-level exhibitions will be inaugurated by eminent personalities afternoon on Friday.
The exhibitions will feature major landmarks of India’s struggle for independence including the Non-Cooperation Movement, Civil Disobedience, Quit India Movement among others with a focus on Dandi March, Mahatma Gandhi, Netaji Subhash Chandra Bose, Sardar Patel, and other leaders of the movement who made sacrifices for our country.
Union Minister for Information and Broadcasting Prakash Javadekar will inaugurate exhibitions at six of these thirty-seven places virtually on Saturday which includes exhibitions at Samba District, in Jammu and Kashmir, Bangalore, Pune, Bhubaneswar, Moirang, and Patna.

Mr. Javadekar will also inaugurate an exhibition at National Media Center in New Delhi this Saturday. He also said that all States have displayed much interest in the events.
The events starting 12th March on the anniversary of Dandi March and continuing for almost two and a half years will create an atmosphere of celebration in the country, he added.

Ahmedabad Lady Lends a Hand to a Man from Kancheepuram

Rain in Surat: Many settlements and roads submerged for half a...