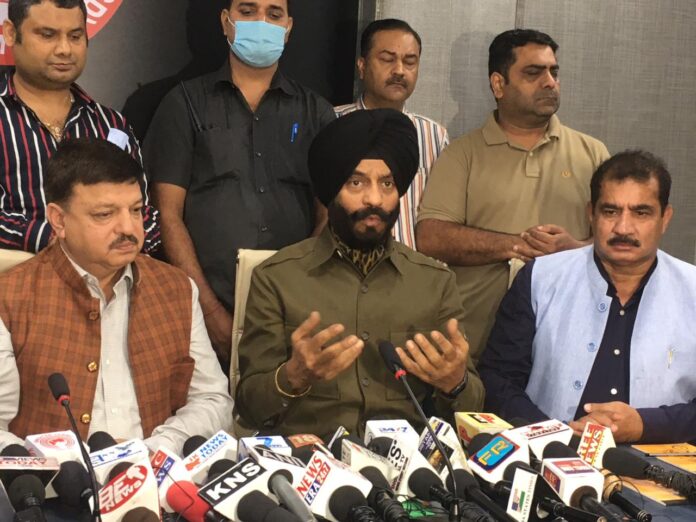 At the outset Arun Gupta expressed grave concern over the selective killings of people especially the members of minority communities in Kashmir Valley and appealed the Majority community to come forward in support of minority community in the valley
Later, interacting with media persons, Bitta strongly condemned the innocent target killings and expressed grief over the Martyrdom of nine soldiers in Poonch encounter with the terrorists during the past few days.
Bitta said that Pakistan is wholly and solely responsible for the selective killings in Kashmir as it is helplessly trying to create an atmosphere of fear in the Valley so that it gets cleansed of the minorities and non-locals. He said that even for the soldiers losing their lives in encounters with terrorists Pakistan is fully responsible because it is not only training and providing safe havens to terrorists but is facilitating their easy infiltration into this side of the border with its unabated evil intent right from 1947.
Maninderjeet Singh Bitta made a fervent appeal to Kashmiri politicians to come forward and extend support in eliminating terrorism from the Valley. He said that the politicians will have to surrender their vested vote bank interests and guide the people especially the youth sincerely he said asserting that only then terrorism can be eradicated from the Valley.
Bharat Bhandari, State President Anti Terrorist Front J&K also accompanied the Chairman of the All-India Anti-Terrorist Front Maninderjeet Singh Bitta on the occasion.

Cover every eligible Child under scholarship without discrimination: J&K LG