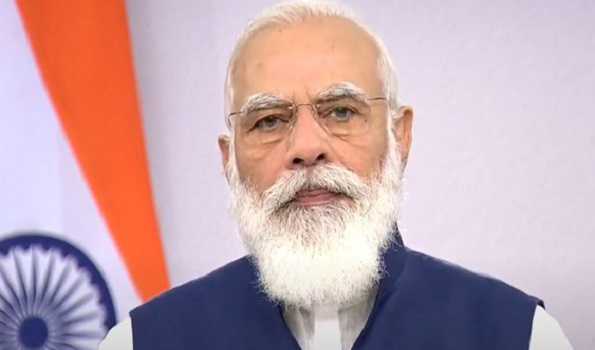 New York/New Delhi, Sep 26 (UNI) Calling on the United Nations to reflect on changes in the world to stay relevant, Prime Minister Narendra Modi on Saturday said reform in the character of the United Nations is the need of the hour and asked as to how long would India be left out of the decision making process of the UN.

Addressing the UN General Assembly on 75th anniversary of the UN, through video-conferencing, the PM said, ‘the world of 1945 was significantly different from today’s world. The global situation, sources-resources, problems-solutions; all were quite different. And as a result the form and the composition of the institution, established with the aim of global welfare, were in accordance with the prevailing situation of those times.

Today we are in a completely different era. In 21st century, the requirements and challenges of our present as well as our future are vastly different from those of the past. If century changes and we don’t, then strength to bring changes becomes weak. Reform in the responses, in the processes, in the character of the United Nations is the need of the hour. ‘

The PM said that the people of India have been waiting for a long time for the completion of the reforms of the United Nations and asked as to how long would India be left out of the decision making process of the UN.

The PM said that India has always thought about the interests of the whole humankind.

India is the country that has lost the maximum number of its brave soldiers in the course of establishing peace. Today every Indian, while seeing the contribution of India in the United Nations, aspires for India’s expanded role in the United Nations. India has always thought about the interests of the whole humankind and not about its own vested interests. This philosophy has always been the driving force of India’s policies. One can see the glimpses of this philosophy in India’s Neighbourhood First Policy to our Act East Policy, in the thought of Security and Growth for All in the Region, and in our approach towards the Indo Pacific region. India’s partnerships are also guided by this very principle. Any gesture of friendship by India towards one country is not against someone else. When India strengthens its development partnership, it is not with any malafide intent of making the partner country dependent or hapless. We have never hesitated from sharing experiences of our development,’ the PM said..