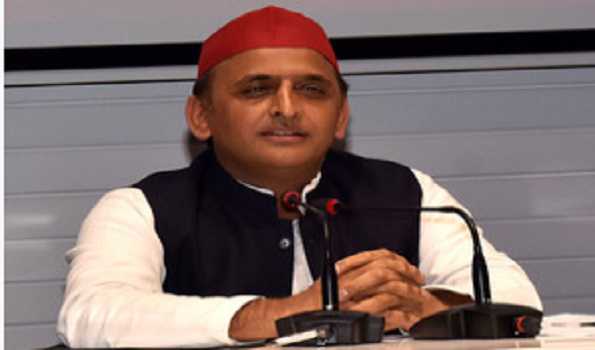 Lucknow, Feb 27 (UNI) Samajwadi Party (SP) president Akhilesh Yadav on Saturday said that the degradation of language and conduct in Uttar Pradesh’s politics is worrisome. Accusations and counter-allegations can have no place in this. Those in politics should be especially careful and maintain the dignity of public life.

He said that the language and behavior demonstrated publicly in the Legislature, the temple of democracy, is going to bring down the dignity of democratic beliefs. Demonstration of monopoly mentality in democracy is extremely unfortunate and undesirable.

The SP president said that when the people’s representatives raise questions about the problems of the public and seek answers from the BJP about their promises, they are infuriated. Why does the BJP shy away from facing the people? The BJP, which scares the people, is now scared before going to the polls itself.

In democracy, the people have full power and by their vote, governments are formed and destroyed. Ignoring the public in the arrogance of power will be very bad for the BJP. The days of BJP’s proud government are also numbered.

The erstwhile state CM claimed that in the Assembly elections next year, people will announce their decision in favor of the Samajwadi Party.

UK could speed up COVID-19 vaccination drive to tackle surge of...