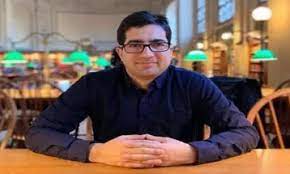 Srinagar, April 28 : Shah Faesal, who was Jammu and Kashmir’s first UPSC topper, is apparently returning to government service. A series of tweets by Faesal on Wednesday evening gave the hint. “Eight months of my life (January-August 2019) created so much baggage that I was almost finished. While chasing a chimera, I lost almost everything that I had built over the years. Job. Friends. Reputation. Public goodwill. But I never lost hope. My idealism had let me down,” he tweeted. “But I had faith in myself. That I would undo the mistakes I had made. That life would give me another chance. A part of me is exhausted with the memory of those eight months and wants to erase that legacy. Much of it is already gone. Time will mop off the rest In believe,” he added. While Faesal dropped enough hints that he will be going back to the government, he did not offer details. “Just thought of sharing that life is beautiful. It is always worth giving ourselves another chance. Setbacks make us stronger. And there is an amazing world beyond the shadows of the past. I turn 39 next month. And I’m really excited to start all over again,” he said in another tweet. Faesal quit the bureaucracy to join politics in early 2019. He formed the J&K People’s Movement. In 2019, he was in jail along with hundreds others, arrested during a government clampdown to prevent protests against the abrogation of Article 370. After his release he quit politics in August 2020