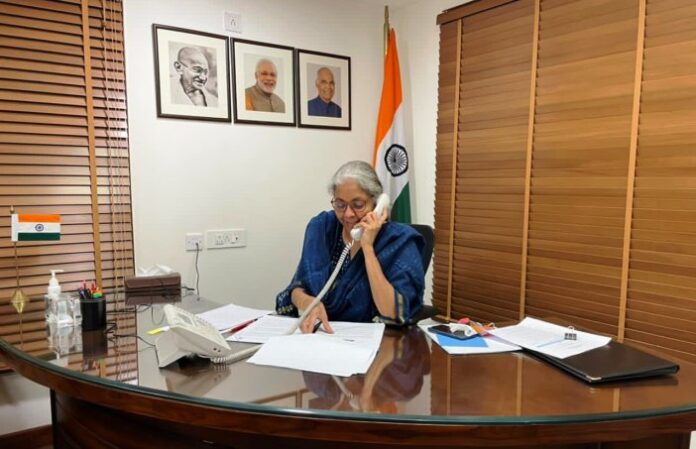 Jammu, Although the recently-announced budget by the Centre in Parliament for Jammu and Kashmir would bring major development in the Union Territory but at the same time, “special” budget allocation for sports, made sportspersons happy as they hope it will change the scenario in the region.
Union Finance Minister Nirmala Sitharaman during presentation of Rs 1.08 lakh crore budget for next financial year 2021-22 for the Union Territory (UT) of Jammu and Kashmir, also announced allocation of Rs 513 crore for Sports, which was hailed by the sportspersons as they hope that the financial grant will strengthen and upgrade infrastructural facilities which needs immediate attention across the Union Territory.
“The big announcement for promotion of sports made by both Centre as well as UT government of J&K especially for hilly and far flung areas is a welcome step, which earlier existed only on papers and the perfect example of it is “Khelo India”– the flagship scheme,” said players.
They said, “Rs 513 crore for promotion of sports is enough grant provided by the Central government to J&K UT government in this year’s budget and there is no dearth of talent in sports but there are hardly any opportunities for the budding players owing to poor facilities despite liberal funding by the Centre government.”
Whether it was erstwhile J&K State or now UT, players continue to be at the receiving end, they alleged and added, “the scheme may have given opportunities to the budding sportspersons of the UT to exhibit their sporting skills in multi-disciplines but it is also true that the target to explore sports talent in rural areas and increasing participation of women in sports is yet to be achieved by J&K government.”
The players however, rued that the authorities are eyeing performance with medals at various national and international level competitions but it is impossible in absence of adequate sports infra.
“The financial grant of over Rs 500 crores for sports has brought a ray of hope to all stakeholders that J&K UT government led by Lieutenant Governor will leave no stone unturned to provide all required facilities to its players so that they can compete at national and international levels with the best in business”, they maintained.
Meanwhile, official sources said the Parliamentary Standing Committee in one of its reports in 2018 had also expressed concern over poor coverage of districts by J&K UT under flagship scheme “Khelo India”.
The report had mentioned that of total 17 districts of J&K for which the J&K State Sports Council had received grant to the tune of Rs 6,6,87,000 from Government of India (GoI) to conduct sporting activities at block/district/state level during 2016-17, only 6 districts of Jammu division were covered under the centrally sponsored scheme.
Of the total 10 districts of Jammu Division, four districts namely Reasi, Ramban, Doda and Kishtwar did not receive a single penny under “Khelo India”.
Jammu, Poonch, Rajouri, Kathua, Samba and Udhampur received grants under the scheme in the same year.
The budget allocation however, have focused on organising premier leagues in four disciplines viz football, kabbadi, volleyball and hockey with expected involvement of 8500 participants, to provide adequate opportunity to every willing youth to participate in sporting activity, holding of winter games and promotion of cricket with signing of MoU with Suresh Raina Academy for imparting training to budding cricketers of UT.

India is ‘walking the talk’ on climate change : Javadekar