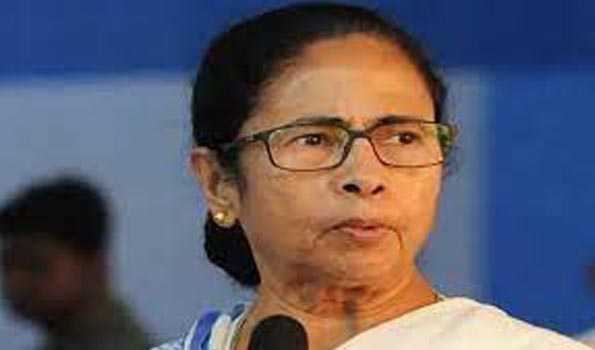 Kolkata, Dec 21 : Chief Minister Mamata Banerjee-led Trinamool Congress in West Bengal on Tuesday demolished the opposition challenge and headed to a landslide victory in the prestigious Kolkata Municipal Corporation polls. As per the latest vote count position, the Trinamool has already bagged 112 wards and is leading in 22 more, to retain the board for the third time in succession.

The 144-ward KMC had gone to the hustings on Sunday, with 63 percent of the electorate exercising its franchise. BJP won three seats, while Congress and CPI(M) won two each and Independents three.

The party swept all the 16 boroughs, with former mayor Firhad Hakim, the party’s face in the campaign, as also erstwhile deputy mayor Atin Ghosh and all mayor-in-council members tasted victory, most of them with huge margins.

The Trinamool Congress’ emphatic win – coming seven months after it secured a huge mandate in the state assembly polls despite aggressive campaigning by BJP stalwarts including Prime Minister Narendra Modi – triggered endless jubilation in the party offices across the city, as also elsewhere in the state.

The result in the cosmopolitan city is bound to give a further boost to the party which is striving hard to spread its footprints in various other states and project its supremo Banerjee as a possible leader of an opposition coalition against the BJP in the coming years.

Banerjee thanked the people of Kolkata and congratulated all the party candidates.

Taking to twitter, she said: “Heartiest congratulations to all candidates for your victory in the KMC elections. “

“Remember to serve people with utmost diligence and gratitude!” she added.

“I wholeheartedly thank every single resident of KMC for putting their faith on us, once again, ” she said.

Party national general secretary Abhishek Banerjee tweeted, “People of Kolkata have once again proven that politics of HATE & VIOLENCE have NO PLACE in BENGAL! “

“We promise that in the coming years, it’s only going to get better. Onwards & upwards! “