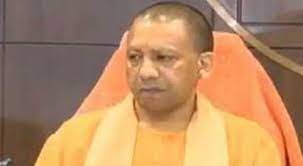 Lucknow, April 22 : Uttar Pradesh is soon going to become a dreamland for the aspiring sportspersons in the country as the Yogi government has started preparations for setting up sports grounds and gymnasiums in 100 Gram Panchayats across the state. Chief Minister Yogi Adityanath is showing concern towards the skill development and fitness of our upcoming generations of sports stars. In order to promote sports talent and boost the skills of players coming out from the small villages and districts, the Yogi Government, in its second innings, has prioritised providing sports facilities to all the players, officials here on Friday said. The focus of the state government, which is engaged in realizing the mission ‘Khoob-Khelo-Khoob-Badho’, is mainly on the players coming out of the villages. The government is ensuring that the players, who have the potential to bring laurels to the country, should not be deprived of any facilities. The Youth Welfare Department is engaged in arranging sports fields and open gyms from village to village at the gram panchayat level under the MGNREGA scheme. While on the other hand, the government is also making efforts to nurture sports talent and intensify sports competition within the state. The aim of the government is to establish Uttar Pradesh as a leading state within the country in sports. Better training is being given to developing the sports talent in the state. Specialist coaches have been appointed to impart training. Along with increasing the convenience of the players in the hostels, construction of new stadiums is also being done at a rapid pace. Notably, during the previous tenure, the Yogi government had built more than 44 hostels for the training of 16 sports in 19 districts. The amount for sports kits has been increased from Rs 1000 to Rs 2500. Many gifts have also been given to the players who bring medals at the Olympics.

Property worth lakhs of rupees destroyed in Srinagar fire