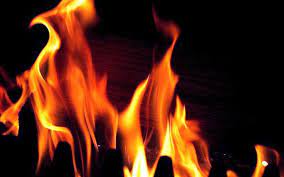 Fire in Sub-Jail Pulwama in south Kashmir damaged Vocational Training Centre (VTC) and plumbing lab, official sources said on Friday.
The fire broke out in two single storied buildings housing VTC and Plumbing Lab in Sub-Jail at Drussu in Pulwama.
Jail officials and inmates immediately swung into action and doused the leaping flames.
Later, fire tenders rushed from different areas and brought the fire under control, the sources said, adding that both the buildings suffered extensive damage.
The cause of fire was being ascertained, they said adding jail inmates were being trained in VTC and Plumbing lab.
There was no report of any loss of life or injury in the fire.
Police have registered a case.

Jammu : Media persons sat on demonstration outside police station in...