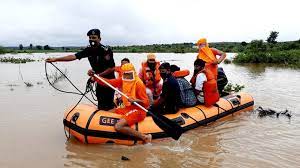 The fact that the state dispensation and local administration acted diligently; came to the fore during discussions with citizens in Gwalior, Datia, Shivpuri, Sheopur and Morena districts. The actual damage report will be finalised in the near future. Sheopur was worst-hit but providentially there was no spread of diseases.

The team separately met Chief Secretary Iqbal Singh Bains and other senior bureaucrats. A final survey is underway. Initially, orders have been issued to grant Rs 6,000 each to families whose dwellings were destroyed by inclement weather. A team comprising Revenue, Agriculture and Panchayat officials is assessing damage.

Taliban intend to kill leader of resistance front in Panjshir –...