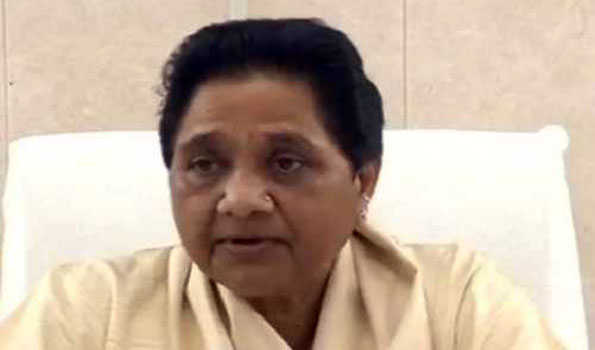 Ms Mayawati tweeted on Monday that the effort made for Hindu-Muslim communal harmony in the mahapanchayat of farmers is a very appreciable step.This will go a long way in healing the deep wounds of the Muzaffarnagar riots, she claimed.

BSP chief Mayawati tweeted that the efforts made for Hindu and Muslim communal harmony in the mahapanchayat of farmers held yesterday in Muzaffarnagar district of UP is highly commendable.

“This will certainly help a little in healing the deep wounds of the horrific riots that took place in the SP government in 2013, but it will also make many uncomfortable ” she said.

BSP Chief Mayawati said in her next tweet in this sequence that ‘Farmers are the pride of the country'”. ” The political ground has started of hatred for the BJP, and it is the of Hindu-Muslim brotherhood in the Mahapanchayat which has commenced a new era of communal harmony.

Muzaffarnagar has also refreshed the memory of the riot-ridden rule of Congress and SP in the minds of the people,”

Even Pakistan and Afghanistan handled Covid better than India: Rahul