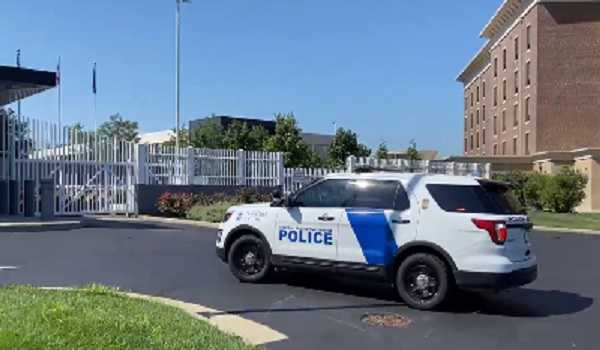 Cincinnati(US), Aug 12 : An armed man in body armour was killed after he tried to “breach” an FBI building in Ohio, officials said indicating it could be related to Trump’s Florida estate raid.

The suspect fled the scene in Cincinnati and was shot by police after an hours-long standoff in a rural area on Thursday, the BBC reported.

Law enforcement officials told the US media they are examining whether the man – whom outlets named as Ricky Shiffer, 42 – had any ties to far-right groups.

The head of the FBI said violence and threats against the agency “should be deeply concerning to all Americans”.

Police have not formally identified the suspect killed in Ohio on Thursday, and did not comment on his motive during news briefings, the BBC report added.

Unnamed law enforcement officials told US media the suspect may have been present at the Capitol building in Washington on the day of last year’s riot by Trump supporters, although he was not charged with any crimes in connection to the disorder.

The Ohio incident comes as US officials warn of increased threats against law enforcement after the FBI executed a search warrant on Monday at former President Donald Trump’s Mar-a-Lago estate in Florida.

Police said the suspect tried unsuccessfully to breach a visitor security screening area at the FBI office in Cincinnati at around 9.15 am.

He fled the area, but was spotted about 20 minutes later by a police officer, Ohio State Highway Patrol spokesman Nathan Dennis told a news conference.

A chase ensued until the suspect stopped and exchanged gunfire with officers before fleeing into a cornfield.

After an hours-long standoff, he raised a weapon towards officers and was killed by police around 3 pm local time, said Dennis. No police were injured in the shootout.

According to NBC News, the man fired a nail gun at the FBI building and was also armed with a semi-automatic rifle.

There are two social media accounts in the reported name of the suspect, according to the BBC. Most of the tweets were about the 2020 election, saying it had been stolen from Trump. The posts also included calls for violence against Democrats, the FBI and the Supreme Court.