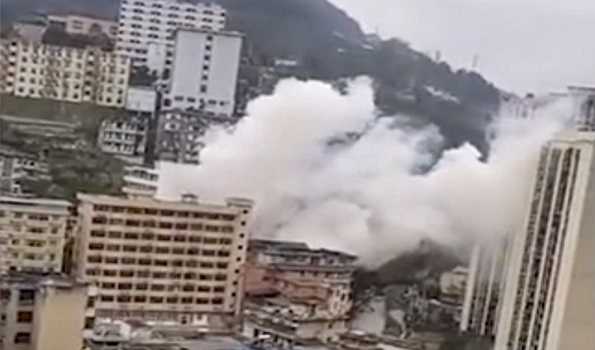 Chongqing (China), Jan 7 (UNI/Xinhua) Over 20 people were believed to be trapped after a blast on Friday rocked a canteen in Wulong district in China’s Chongqing municipality.
The accident happened due to a suspected gas leak which triggered the explosion, the municipal department said.
According to witnesses, people were having lunch in the canteen when the blast took place. A number of people were rushed to a hospital.

Dispute over appointment of Dinkar Gupta to the post of DGP,...